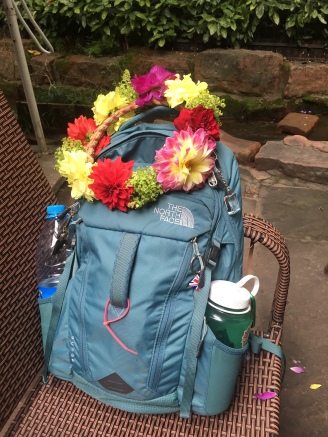 The funny thing about procrastination, is that once you’ve started it’s really easy to continue. After putting something off for so long it just seems easier to drop it all together. Therefore, beginning again is more difficult than starting the first time.

Having said that, I’m going to overload your brain for a moment with 3 weeks worth of thoughts and pictures…or something like that. Again know that I appreciate your readership and I apologize for the delay! I hope to prove that it was worth the wait 😉

To begin I have become hyper-aware of my brain’s excessive exercises in mental gymnastics. In other words, thinking simply for the sake of thinking. I’ve expressed this aloud to a few people and been told that it’s interesting, but in all honesty I find myself exhausted from the constant tangents. As a result of my brain’s overactivity, I’ve noticed that my Chinese students do not seem to have an understanding of “rest”. When they ask me how to be a better student, I share with them about how allowing time for rest is important. However, as I mentioned, it seems to be a foreign concept. They are constantly going, constantly moving, constantly doing. Then, I take a look in the mirror and realize I am no different. For example, when I am not solving the definition of “rest” in China, I contemplate things like the mechanics of basin climates. Here in Chengdu we are in the heart of the Sichuan Basin (I think). Originally, I was aware of the difference from Oklahoma due to the oppressive humidity. Now, I am wondering when fall will truly arrive, because the ginkgo trees seem to be the only ones that have caught on to the fact that it should be autumn. I blame the confusion on basin climates.

I’ve begun to believe that basin climates, not just air pollution, also account for the numerous cloudy days, but every now and again the clouds will part and you can see the sunset.

The second thing I have become conscious of is that I am not immune to homesickness.

There I have said it. Despite my attempts of keeping myself grounded, I still imagined that I would not encounter the emotional wall of homesickness. Simultaneously, I was smugly awaiting the effects of culture shock. One came and the other didn’t…until later. Needless to say it took me by surprise, and has really been a struggle over the last week. I imagined culture shock to be more like a bomb where it all hits at once, but that couldn’t be further from the truth. As homesickness began to creep through the cracks of my defenses, so too did culture shock. My usually optimistic and semi-adaptable personality was weakened by my longing for things like family and baths, snuggly blankets and brisk autumn winds, talking to friends over coffee and being able to watch the sunset as I drive. Never again will I undervalue an Oklahoma sunset. I’m tearing up just thinking about it.

However, in these moments of weakness I find my mother’s blunt (and somewhat comforting) reassurances ringing in my ears. “Ash, you’re just gonna hafta find something you like about it…” That isn’t to say every moment of China is miserable! Not at all, it’s amazing! It just isn’t home; but in those moments when I’m being a Negative Nancy about it all she’s right, I’ve gotta find something I like about it. I’m happy to say that there is much to find, if only you look for it. Also, “I’M FREAKING IN CHINA!” Why waste such precious time?

Having said that, there is SO MUCH to see in Sichuan Province: temples, mountains, bridges, rivers, and even a mini replica of the Great Wall.

And friends. I have found friends where I am, so while homesickness is natural, meeting new people is too.

2 Replies to “A Brief Recap”